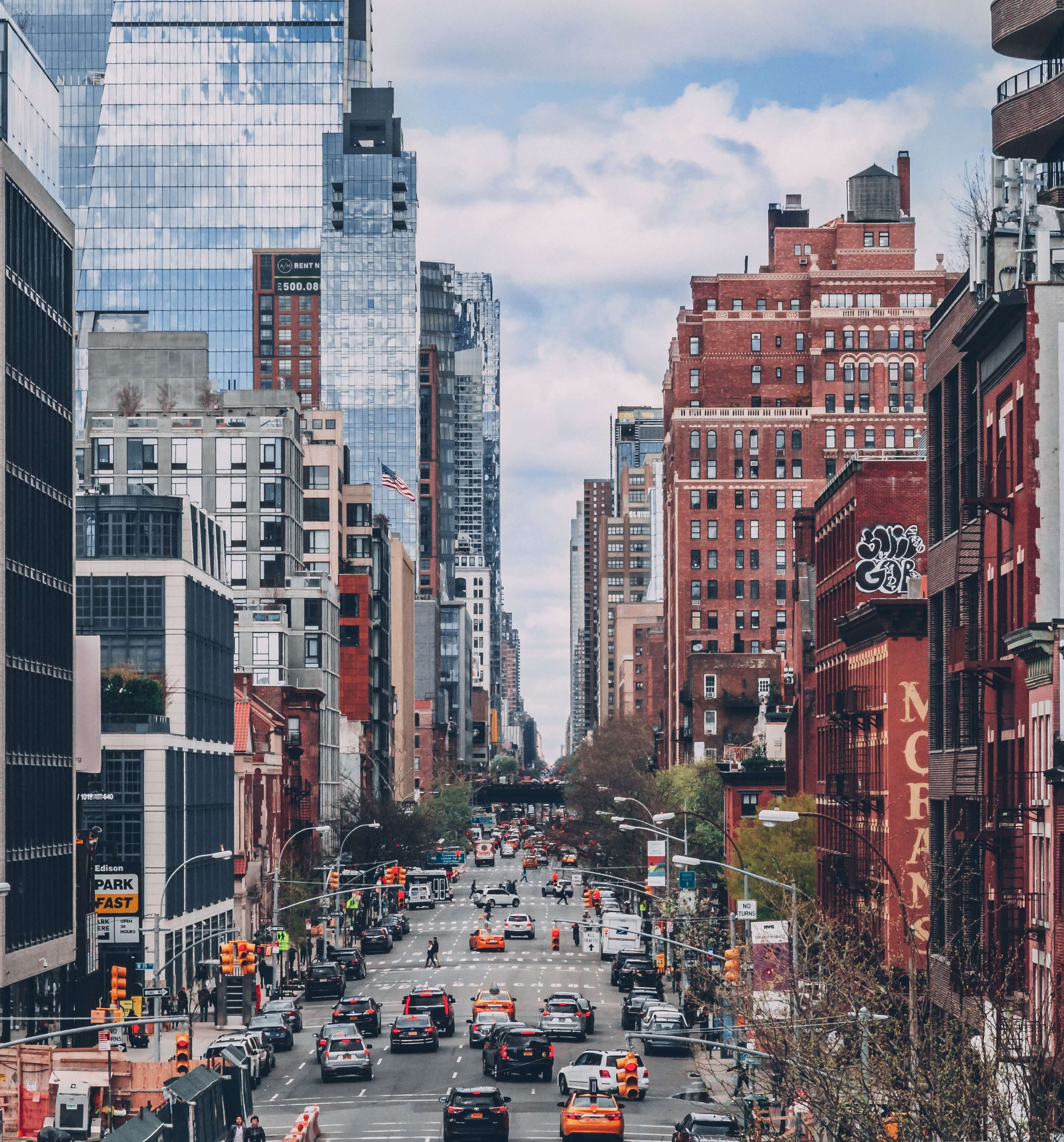 Once upon a time, maybe just maybe, Hell’s Kitchen was rough around the edges. How could it not be given that this neighborhood was the inspiration for West Side Story and teetered right on the edge of the far seedier Times Square. Thankfully, those days are over and families are flocking to this part of town precisely because it offers the best of all worlds—access to virtually every subway line, an assortment of restaurants that will give your kids a trip around the world without even leaving Ninth Avenue and culture galore. So ignore the tourists slowly strolling down the streets and go out and have fun! Here, what we love about this West Side jewel:

If your family loves culture

While many New Yorkers only venture to this neighborhood for a matinee or evening show whether on Broadway or Off, Hell’s Kitchen residents have the advantage of having a very short walk home after whatever theatrical offering is the talk of the town. If you have a budding theater or science kid in your family or just want to revel in some immersive entertainment, read on for the places we think are musts to experience: At the New Victory theater, you’ll get to see shows and partake in family-friendly activities in a space that launched the revitalization of 42nd Street when it opened in 1995. If tickets to Frozen—a musical theater experience that has transformed the Disney film to much acclaim—are your jam, visit this neighborhood, hop on line at the TDF discount booth as soon as it opens and see what deals are in store for the day. At Nat Geo Encounter, your kids will want to spend hours. This under-the-Pacific experience that counts among its attractions an up-close tech-created view of a life-sized humpback whale will prompt your kids to ooh and ahh. Another fun must-do: A walk through a kelp maze. A recent addition to the neighborhood is the newly opened Pip’s Island, a one-stop-shop for storytelling, interactive games, animation and music that’s just right for kids ages four to 10. If you have tweens and teens in your family, not to worry as older kids will want to spend hours at Spyscape, a museum located right on Eighth Avenue, that’s packed with interactive activities and ultimately will offer clues as to which member of your family is the likeliest to become a secret agent one day.[gravityform id=”13″ title=”false” description=”false” ajax=”true”]

If your family lives to eat

There are almost too many yummy places to mention in this part of town that’s known for its innovative international cuisine from literally every corner of the globe. However, we did our best and picked out a few of the most family-friendliest for a tasty meal or sweet snack. Let’s begin with Joe’s Pizza, a family-owned restaurant churning out the pies since 1975. Here, you can pop in for a masterful slice of cheese pie or a topping of your choice. If comfort deli-style food is more up your alley, venture to the newly opened Midtown location of Pastrami Queen for a steaming bowl of matzo ball soup paired with a knish and an overstuffed sandwich—pastrami or corned beef anyone? A new addition to the buzzing Ninth Avenue food scene: Westville, which at this location (and all of the Westvilles in town), makes sure to stock a diaper changing station in the bathroom and serves endlessly tasty dishes like their buttermilk fried chicken sandwich, burgers and hotdogs so there’s something for even the pickiest of eaters in your fam. Pop into Mom’s for an expansive menu promising everything from chocolate-chip pancakes to gooey grilled cheese on Texas toast with fries or a salad. Venture over to Gotham West Market on Tenth Avenue where there are so many food stalls—from Shanghai-inspired street food to ramen and Ample Hills Creamery ice cream—that everyone in the family will be happy. The Sullivan Street Bakery is the place to go for hot-from-the-oven artisanal breads and pastries (there’s room to sit here, too). And, whatever you do, save room for a homemade cookie at Schnackery’s, which has been keeping the theater crowd on a sugar high since 2012, or a slice of goodness at Little Pie Company, serving out homemade slices of such favorites as old-fashioned apple pie and Mississippi mud pie since 1985.

If your family loves being outside

With Central Park just to the north as you edge towards Columbus Circle, there are endless ways to spend the day there. However, when your home base is Hell’s Kitchen there are loads of hyper-local options right outside your lobby. The biggest one draw is the Intrepid, which offers your aviation-hobbyist kids the chance to climb aboard a real aircraft carrier—it’s the only museum where visitors can do just that in the U.S. Plus, visitors to this epic museum can check out the first space shuttle Enterprise up close and take a look at one of the world’s fastest jets while they’re aboard this massive ship. There’s truly enough to do for the entire day. Next up while you’re on the Hudson River: Pier 84, which opened in 2006, where you can pretend you’re at the beach or hop in a kayak or just stretch out and take an everyone-in-the-family nap. Locals make it a point to spend outdoor time at Hell’s Kitchen Park, which features playgrounds (there are distinct areas for toddlers and older kids), basketball courts and picnic tables for al fresco snacking. Further west, DeWitt Clinton Park is a nearly six-acre park that features the Erie Canal Playground that’s equipped with swings, play spaces and a frog spray shower—perfect for a hot afternoon cool-off.

Now that you’ve gotten a taste for this part of town, we hope that the next time the subway rumbles by the 50th Street station, that you’ll consider hopping off the train so you can experience what locals have known for years—this neighborhood rocks for families!

Lambeth Hochwald is a writer in New York City who focuses on lifestyle stories for a wide variety of publications. After spending her early years in the suburbs, she’s a big fan of quick train rides out of town with her husband and teenage son.

Lambeth Hochwald is a lifestyle writer who loves covering trends, food, travel and all things parenting and family. The mom of a teen, she loves exploring all that the New York City metro area has to offer and never tires of the Big Apple.