As kids grow up they learn more about the world around them. They also learn more about themselves and or their classmates’ heritage as this is a big part of growing into their own identity and connecting with their community. Celebrating Hispanic heritage teaches kids that their culture is something to take pride in and commemorate as a part of who they are. Celebrate National Hispanic Heritage Month this year, with educational kids books that will have your kids learn about Hispanic heritage in a fun engaging way.

Psst… Looking for more family fun? Check out Indoor Water Parks In and Near New York! Teach your kid about one of the most iconic Latina music singers of our time, Selena Quintanilla! This simplified bilingual book will convey her inspiring biography in an easy-to-understand and relatable way. They will learn about her favorite food, pizza, and who she cherished the most in the world, her family and fans. Chicano is a young boy visiting Mexico for the first time to see his family. Follow his adventure, his cultural shock, and escapades in traveling! This bilingual children’s book can help your kid study language while learning about Mexican culture through the eyes of a Mexican-American kid. The book is bright, colorful, and eye-catching! With lyrical text, brief autobiographical essays, and detailed illustrations, this picture book memoir looks at the gifts migrants bring as they move to a new country.  It is a story of the things you always hold on to no matter where you go: your resilience, your dreams, your hopes, and your history. A Spanish language version, called Soñadores, is also available. Just Ask! Be Different, Be Brave, Be You By Sonia Sotomayor
Age: 4-8

Sonia Sotomayor, the first Hispanic Supreme Court judge, writes a book encouraging kids to ask questions and embrace their own uniqueness. The story follows her childhood story of being diagnosed with diabetes and other kids with different struggles as they all work to build a community garden. Alma and How She Got Her Name by Juan Martinez -Neal
Age: 4-8

When learning how to write her name, Alma Sofia Esperanza José Pura Candela discovers just how many stories of her ancestors are packed into it and learns just how perfect her name is for her. This book does a great job of explaining to kids the uniqueness of names and will be sure to leave them asking similar questions about their own names. Where Are You From?/ ¿De dónde eres? By Yamile Saied Méndez
Age: 4-8

Being asked “where are you really from” can be a startling question for kids. This lyrical picture book tells a story of a young girl who isn’t sure how to answer this constantly asked question, and by asking her Abuelo and receiving an unexpected answer, she learns about self-acceptance, identity, and belonging. 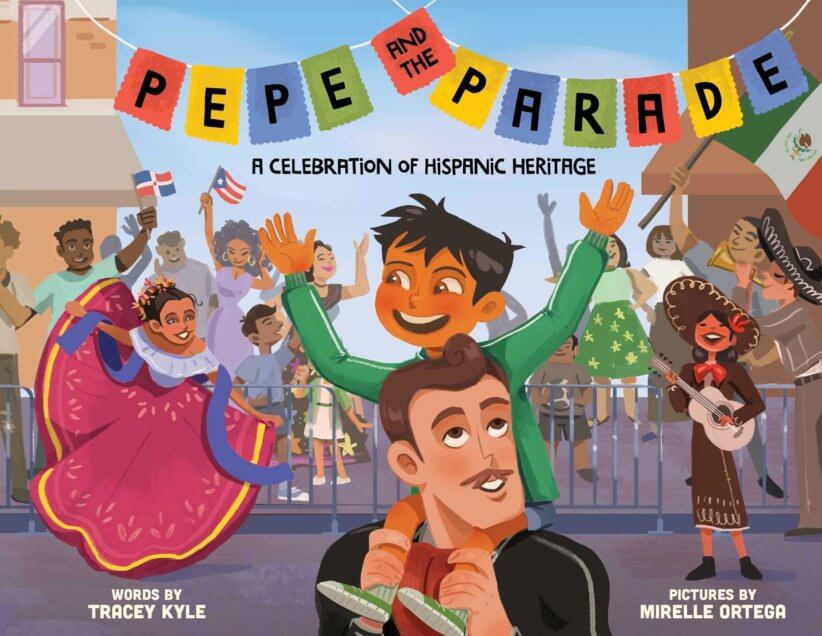 Pepe and the Parade: A Celebration of Hispanic Heritage by Tracey Kyle
Age: 4-8

Join Pepe goes to the Hispanic Day Parade with many of his friends for a grand celebration of culture and identity. With so many cultures such as Mexican, Dominican, Panamanian, Colombian, Honduran, Nicaraguan, Chilean, Puerto Rican, Salvadoran, Guatemalan, and Cuban represented at the parade, kids can see their own traditions and arts illustrated in a fun celebration of their heritage. Ana, a Colombian girl who loves reading but only has access to a few books in her small village meets a traveling librarian. With more books than she can dream of, she is even encouraged to create her own! This story incorporates a few Spanish words which make it great for a read-aloud and teaches the universal value of reading. 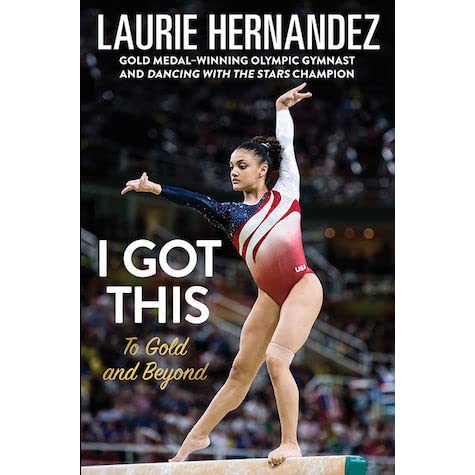 I Got This: To Gold and Beyond by Laurie Hernandez
Age: 8-12

Laurie Hernandez made a name for herself as an Olympic gymnast. Read her story, following her journey and exploring her love for her family, her intense training, her triumphs and the sacrifices she made along the way How Tia Lola Came to Stay by Julia Alvarez
Age: 9-12

Miguel meets his quirky charismatic Tiá Lola who arrives from the Dominican Republic to help his Mami after his parent’s divorce. His tiá seems to weave a magical spell of love that Miguel and his family desperately needed. Miguel learns to love his eccentric tiá and appreciate his experience of living in two cultures. Undocumented: A Worker’s Fight by Duncan Tonatiuh
Age: 12 and up

Perfect for older kids, Undocumented tells the story of Juan, a hard-working immigrant from Mexico that came to the U.S without papers. Exploited and underpaid as a busboy, he risks everything to stand up for himself and his community. This inspiring tale will teach kids about the injustice of exploitation, the bravery and strength of immigrants, and the importance of standing up for yourself and others. The Poet X by Elizabeth Acevedo
Age: 13 and up

Xiomara Batista feels unheard in her home in Harlem– until she discovers slam poetry. She uses this new tool as a way to make sense of her space in the world. After she’s invited to join her school’s slam poetry club, she doesn’t know how she’ll attend and perform her poems without her mother finding out. Enjoy the debut novel from well-known slam poet Elizabeth Acevedo.