Posted on October 4, 2019 By Danielle Sullivan 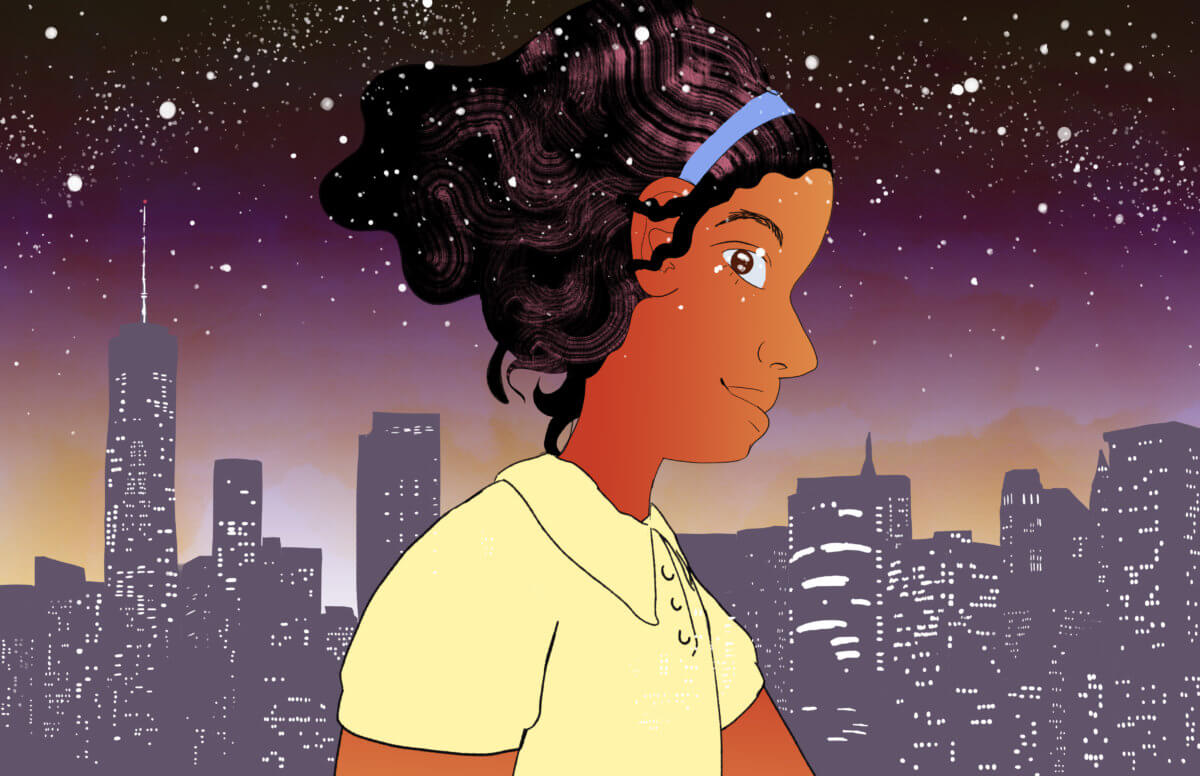 The city that never sleeps offers multiple activities for kids and families to embark on at night. Whether you have a night owl on your hands or are looking for family fun later in the evening for days off from school and holidays, there are unique escapades, entertainment, and excitement to be had all around the city as the sun goes down!

1. Climb aboard the Intrepid Sea, Air, and Space Museum and stay the night on the ocean. Operation Slumber lets visitors sleep on the ship’s hangar deck just like sailors do. Before that, enjoy a good flight simulator ride, pop-up planetarium shows, and flashlight-guided tours of the flight deck.

2. Take a relaxing and beautiful retreat right in the middle of New York City with Collective Retreats on Governors Island. Enjoy the thrill of camping without sacrificing your comfort. Spend the night in outdoor luxury tents with real bathrooms, high quality linens, electricity and delicious meals while also enjoying favorites such as games, campfires, and community (or fully private) lounging.

3. Enter a whole new virtual reality right next to the Empire State Building. With over three floors of more than 50 different virtual games, films, and experiences, VR World NYC is the largest VR experience in North America. Naturally, it gets crowded at peak times so night is an especially good time to go, particularly during the week — fun nighttime adventures for the kids!

4. Get spooky on a NYC Ghost Tour. Based on historical facts, this one-hour tour takes you around nine haunted places in Greenwich Village while teaching about the historical background of each — awesome nighttime adventures!

5. Tour the Brooklyn Museum the first Saturday of each month (except January and September) which is opened until 11 pm. For over 20 years, First Saturdays kicks off the month’s new displays and best of all, it’s free.

6. Take a museum tour at the Whitney Museum of American Art and grab some dinner at the Untitled Restaurant or the Studio cafe. Museum is opened until 10 pm on Friday and Saturday.

7. See the gorgeous Rockefeller Center Christmas Tree under the evening stars because the magnificent lights just do not look the same in the daylight. Then take in the aroma of hot pretzels while watching ice skaters below.

8. Or be a skater yourself … rent some skates and hit the ice until midnight under festive music and bright lights of Rockefeller Skating Rink.

9. From The Lion King and Aladdin to Wicked and Frozen, Broadway has a variety of captivating theater shows for kids. Most start about 7-8 p.m. and run approximately two hours.

10. Try stargazing at the High Line that takes place every Tuesday, beginning at dusk, between April through October. Use high-powered telescopes view to see the latest constellations, stars and patterns.

11. Drop your child off for a Kids’ Night Out at the 92Y, where kids are treated to a night of games, gymnastics, arts & crafts, sports, pizza, and more .

12. Take a tour of the Color Factory, a 20,000 square foot collaborative and interactive art exhibit, which tells color stories and awakens visitors to the beauty of color in their lives. Installations are created by some of the top artists, makers, and designers. Walk-throughs takes about an hour, open until 9 pm Friday – Sunday.

13. Spend a fun-filled family night with the dinos in Museum Sleepovers at the American Museum of Natural History. Tour the T Rex exhibition with a flashlight, watch a live animal demonstration, and then settle down beneath the 94-foot blue whale or the African elephants.

14. There’s nothing like a star-filled view from the Empire State Building at night. Visitors can climb to the top of the 102-story skyscraper until 2 am for a nighttime adventure. Last elevator up leaves at 1:15 am.

15. Science buffs can sleep in one of the city’s largest science experiments: the New York Hall of Science. Grab some friends (groups only) and explore the secrets of science through 450 hands-on exhibits, a 3-D theater show, and an outdoor Science Playground.

16. Meet everyone from the Royals and world leaders to the hottest celebs and fashion icons at Madame Tussauds. Rub elbows with your favorite wax figures from music, films, sports and television all night long. Last entry is at 10 pm on the weekends.

17. Visit the splendid St. Patrick’s Cathedral opened daily until 8:45 pm. If you’re interested in Christmas Eve midnight mass, you’ll have to enter a lottery via the website.

18. Older kids can enjoy arcade style laser mazes (think The Matrix), laser tag games, and a miniature bowling alley at Laser Bounce in Glendale, Queens. Opened until 11 pm on Fridays and Saturdays, there is also a 3D motion simulator, an arcade, a bounce area and virtual games.

19. Take in a ball game before the season is over at Citifield or Yankee Stadium and enjoy a brisk fall night at bat.

20.  Enjoy a start-studded NYC ferry ride and see the city from the water’s view along the East River, Rockaway, South Brooklyn, Astoria, or Staten Island.

21. Have an enchanted night with a Taste of Magic. This magic show combines fine dining and entertainment as magicians perform a magic show at your table between each course.

22. Check out the beautiful decorated windows of Saks Fifth Ave, Macy’s Herald Square, Barneys, Bergdorf Goodman, and Tiffany and Co. and sneak in a few for late night shopping sprees.

23. Watch the Brooklyn Nets’ kick off another season at the Barclays Center.

24. Go straight to the Top of the Rock and enjoy the three-level observation deck. This unparalleled view offers a true 360-degree perspective of the city. Opened until midnight, last elevator up is at 11 pm.

25. If your little night owl gains more energy as the day goes on, try an evening rock climbing class at Brooklyn Boulders, opened until 10 pm.

26. Take a moonlit stroll across the Brooklyn Bridge and see the city from a whole new view as you tour the elevated pedestrian walkway, opened 24 hours a day.

27. Older kids will be fascinated by the nighttime adventures at Ripley’s Believe It or Not, from the Relic escape and torture chamber to the Smash Dash game of reflexes and the Black Hole. Open until 11 pm. Sun.-Wed. and until 1 am on Thur.-Sat.

28. Let your child loose in a pajama party at the NY Kids Club while you enjoy a date night. Times vary and options include a Pets Pajama Party, Wonder Woman/Superman theme, King of the Jungle, and more.

29. Watch the giant balloons inflate for the Macy’s Thanksgiving Day Parade the night before the big day as SpongeBob, Angry Bird, Charlie Brown, Snoopy & Garfield, Hello Kitty, and Shrek get all the helium they need to make the long trek down Sixth Avenue.

30.  Get in the holiday spirit in Brooklyn’s best-decorated neighborhood, and walk along blocks of beautifully lit houses in Dyker Heights Lights.

31. Take a moonlit stroll along the pyramid steps at Domino Park to see the 88 magnificent and individually programmable water jets and lights. (Even in daylight the wooden platform is stunning and hosts events and shows.)

32. Grab some snacks and pick your favorite clear and open spot (think the lawn at Central or Prospect Park, or even your own backyard) and join in on the worldwide celebration, International Observe the Moon Night on October 5th. Best times to view the moon are at dusk or dawn.

Start exploring with these nighttime adventures!

Danielle Sullivan is a mom of three, writer and editor, essayist, and proud Brooklyn native. She is an award-winning writer who has won a Parenting Media Association for the past ten years in a row. Whether fulltime as a managing editor, part-time as a health editor, or freelancing for outlets such as Babble, Mom.Me, and Mommy Poppins or various other outlets, she has tailored her career around being a mom. Her specialties include parenting, pregnancy, health, and pets. Being raised in the best city in the world while remembering all the special outings with her mom while growing up, she loves nothing more than sharing the magic of raising kids in New York City. Danielle is also a dog lover, music fan, and always, always a dreamer.